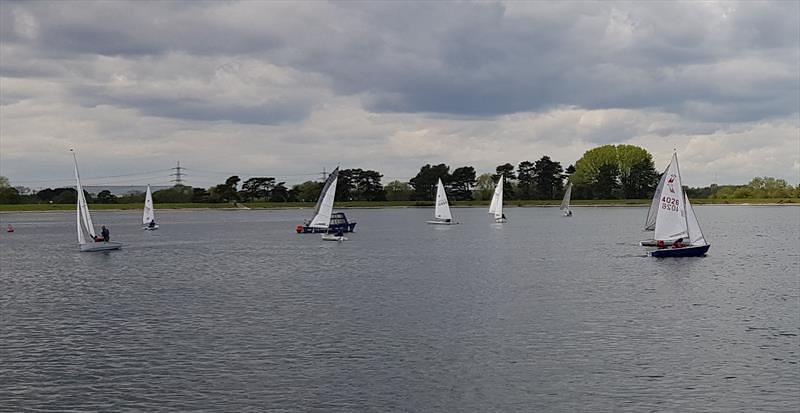 It was third time lucky for this year's Severn Trent Sailing Regatta, with the previous years having either too little or too much wind, this year yielded a clear day with a light to moderate breeze.

Twelve boats took to the water with two visitors - maximum effort points to Sam Grimshaw for coming all the way from East Lothian Sailing Club, Scotland! The things we sailors do to get a sail in over the bank holiday...

Race One was ably led by Brian Nicholson in his Mirror for the majority of the race. Nigel Wilkins (Solo) pulled out from the pack followed by Richard Charles (Solo) to chase down the Mirror. Meanwhile Darren and Sharon Padro made steady progress up through the fleet, fresh from their success of winning the Comet Trio Inlands this weekend. In the end Nigel pulled out a convincing lead, Darren couldn't quite catch him in the Comet so took second place. Richard Charles was third and Chris Biglin came through in his Phantom in the end to take fourth. Brian was unlucky to lose out just before the end, I always find it a bit heartbreaking when the Mirrors have worked so hard all race to keep their lead position, to only get swamped by a load of bigger boats on the last downwind leg! We didn't feel quite sorry enough however, as we still went past in our Miracle followed by two Solos. 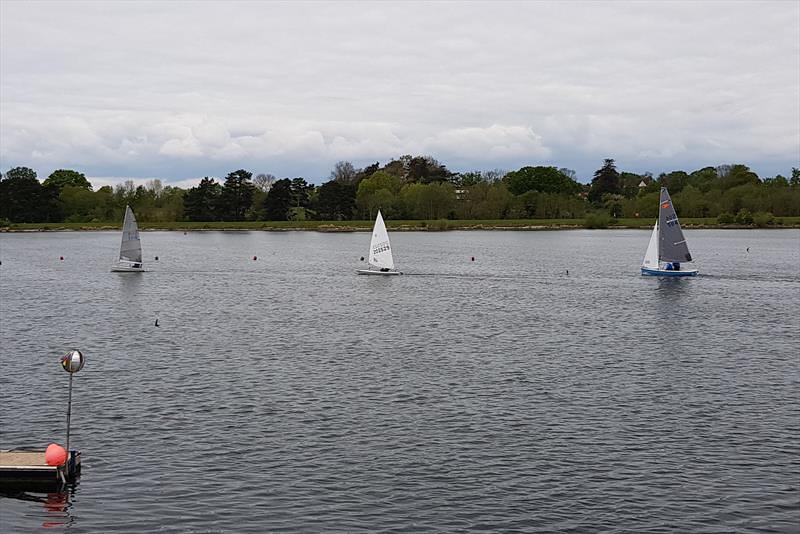 Race Two started with lighter winds and sailors had to watch out for big holes in the middle of the lake! With no Mirror in this race we were first out the blocks in our Miracle, taking advantage of starting in clean winds to build up a good gap between us and the rest of the fleet. The Solos had a great race with lots of place changing over the first lap. Nigel eventually pulled out again followed by Richard and visiting Solo, Dave Thomas. The wind picked up at times and we were enjoying the good spinnaker legs in the Miracle, trying to keep our good lead. I'd be lying if I said we never looked back though...we couldn't help notice Darren and Sharon were quick to pick off the main fleet and were making their way ever closer towards us (probably thanks to Sharon's great kite work). In the end we kept the lead in the Miracle, followed by Darren and Sharon, then Nigel and Richard. 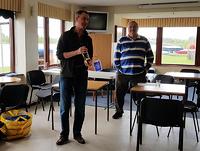 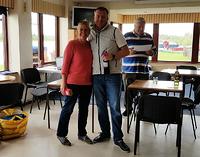 Thanks go to all the club members who gave up their bank holiday to help out, and the visiting boats for making the effort to join us for a great days racing! 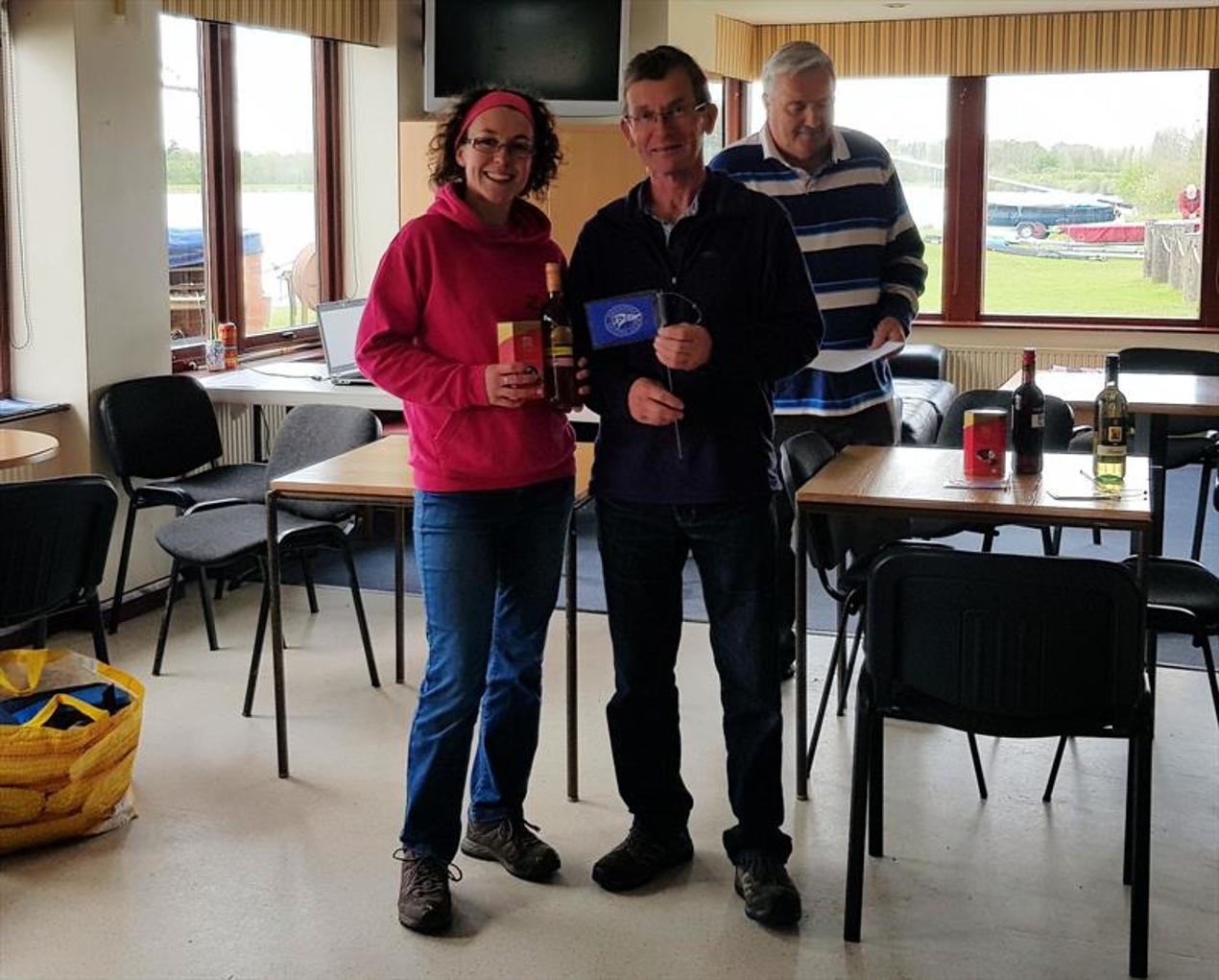